EmulationStation is a controller-friendly, graphical, themeable, flexible, open-source application for browsing and launching your games. If you want one unified place to look through your game library and figure out what the heck to play this evening, then this is your app! Its bread and butter is launching ROMs on emulators, but with a bit of configuration it will handle your Steam collection alongside your very legally emulated console classics. This walkthrough will get your Steam games into your EmulationStation collection. It's written to use Linux scripts and commands, but should translate to macOS or even Windows with a bit of careful thought.

Step number one is to grab some games to surface. Go download the Steam client if you don't already have it. Then use Steam to install a game or two. Launch one of those games to make sure everything's working fine before you move on.

Now we need to make something that EmulationStation can open for us. We'll be building desktop shortcut files - specifically XDG Desktop Entries. Now, you can ask the Steam client to build these for you, but that method has a couple down sides. For starters, you must ask this per game at install time. Second, it will only place them on your user's desktop, and if you have a habit of collecting hundreds more games than you could ever possibly play this can wreak havoc on your otherwise pristine desktop.

Instead, we're going to do things the hard way and build them all at once with a shell script! You can download the whole Steam games import script from my Github repo. If you want to learn how this script works, read the next section. If you don't, skip ahead to the usage section.

2.a importsteamgames.sh - The Long Way

To begin, we point the script to a few important directories.

Now to get into the meat of it.

If the target output directory currently exists we're going to nuke it and recreate it to start from scratch every time.

Then we search your Steam apps directory for app manifest files, which are files whose name ends in '.acf'.

For each and every manifest we found we're going to read the "appid" and "name" properties out of the file, use the ID and name to generate the contents of a XDG .desktop file, then write those contents to a file for this specific app in the target output directory. Phew!

You might note that a couple non-trivial operations were glossed over there. Those have been extracted into separate functions, which we'll cover now.

In order to get a property from a manifest we use grep to search for the property name in the manifest file. Then we do some post-processing, because grep outputs an entire line which looks like this:

The final piece of the puzzle is using our parsed out properties to build .desktop file contents.

This is just one big HEREDOC with our app ID and name passed in and injected in the appropriate places. Everything between <<EOF and EOF is the template. The template itself is copied from one of those Desktop files Steam will create for you if you ask it nicely.

Now that you've downloaded my Steam games import script to `~/bin/importsteamgames.sh` go ahead and run that bad boy.

This tells emulationstation that there's a new system called steam which it should present to humans as Steam whose games live in /home/yourusername/RetroPie/roms/steam. Be sure to change that to whatever directory you put your .desktop files in earlier. Those game files will have names that end in .desktop, and when EmulationStation wants to run one it will run xdg-open on the selected game file. xdg-open will in turn open up that .desktop file, read the line Exec=steam steam://rungameid/${app_id}, and ask steam to run the game with the target app ID. EmulationStation -> XDG -> Steam. The platform line tells any metadata scrapers that when they search for a game in this folder they should search for PC games. The theme line tells EmulationStation that if a theme supports Steam it should use that part of the theme for this system's collection.

Now you should be able to launch your Steam games from EmulationStation! But we're not quite done yet.

After going through all that trouble to build your Steam collection in EmulationStation you're gonna want a theme that supports it! There are plenty of themes which have special icons and assets just for Steam, so go get you one. My personal favorite is pixel-metadata. If you're running RetroPie you can run the setup script and find it in the theme library. 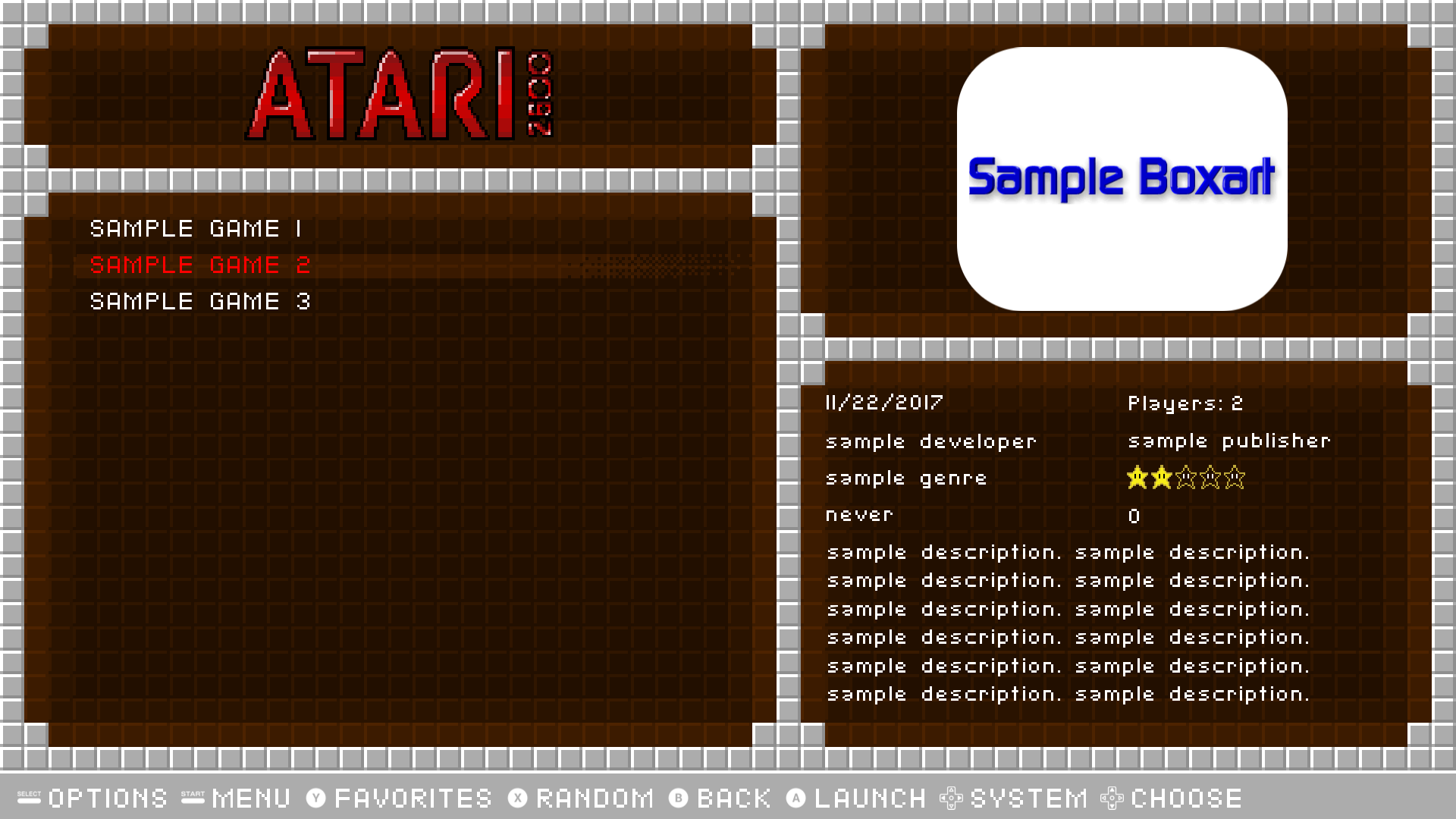 The last piece of the puzzle here is to go and grab metadata for your Steam games. Just run your EmulationStation scraper of choice here, same as for the rest of your systems. Now you can happily scroll through all of your games in one place!